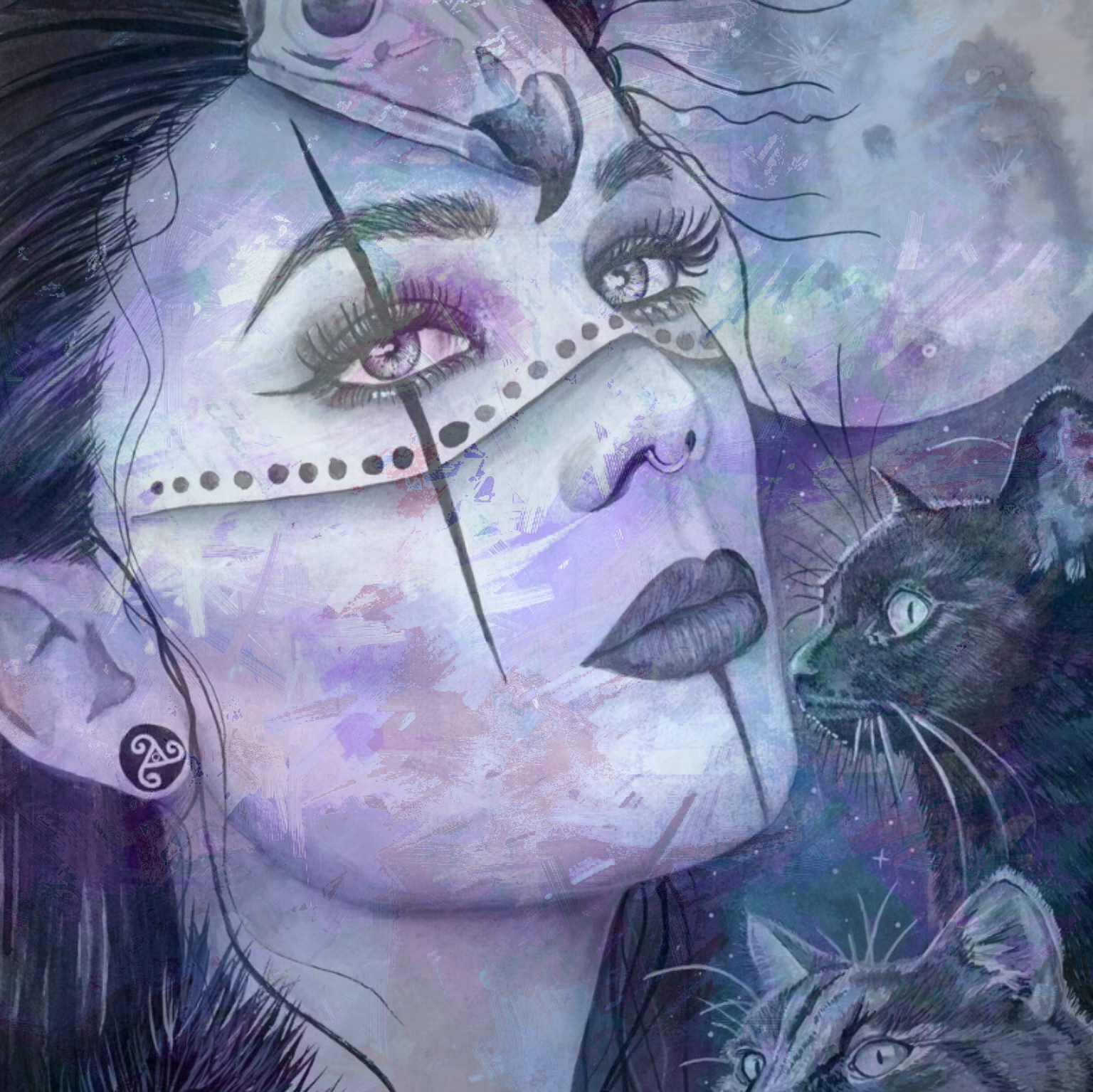 International Women’s day brought up all kinds of ideas in my mind on what I wanted to write about. There are so many strong women whom I look up to and I couldn’t narrow it down to just one! Through my research for a fierce female I somehow organically landed on Norse mythology. My family is from Norway and I come from a long line of great women; many of whom, like my great grandmother, were healers in the far North. It is said that our lineage goes back to the last witch burned in Norway and even father back to some well-known Vikings. So, naturally when I stumbled upon Freyja, the goddess of love and war with a fondness for cats, I found myself feeling very intrigued and connected.

Freyja epitomizes the aspects of love, sex, beauty, war/death and fine material possessions – she’s considered to be a wild and free-spirited goddess like the wild and untamed forces of nature – a passionate seeker of pleasures, thrills and the unknown with an appetite for poetry and music. Should she ever cry, her tears would turn into amber or gold!

The Norse believed in “fierce female spirits doing the command of the war god, taking part in battle, seizing and perhaps devouring the slain”; A given for Freyja who presides over the afterlife realm Folkvang. She is always given the first choice among the slain warriors to swear fealty to her. The other half are led to Valhalla by my other favorite deities, the Valkyrie!

She embodies the archetype of the “Völva“ – a female Shaman and Seer who has the ability to meddle with the “Seiðr”– a form of Magic that involves discerning the course of fate and bringing about change by weaving new events into being.

Given her expertise in controlling and manipulating the desires, health, and prosperity of others, she is a being whose knowledge and power are almost without equal. She was exalted, feared, longed for, placated, celebrated, and scorned as she traveled in her chariot pulled by two cats.

A misunderstood being whose desires run true to her core; she can not be restrained and exists as she sees fit. I think that Freyja herself has the idiosyncratic attitude of a cat!

Tränenschöne: “She of the beautiful tears”

Vanadis! Tränenschöne!* Menglada!
Bountiful, beautiful, fierce and true
radiant, shining, daughter of Earth,
Your tears, washed ashore by your father
Your neck bejeweled, pure amber and gold,
to you do I raise my prayers,
beloved sister of the fruitful fields.
Look benevolently upon me
and accept the little things I do in your honor
Strengthen my weapons and harden my shields, oh Lady
for you see the knots that weave the net of my fate.
Lend your voice to my song and brighten my eye,
Watch my hands as I work your mysteries.
Ancient one, sow on silent cats paws,
thrice-burnt, thrice-reborn
I hail your names in awe!
~By Christopher Gaspar